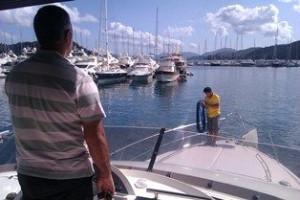 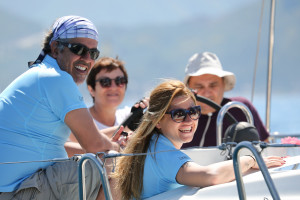 Spaces left for this event: 8

The alluring mixture of waves, wind and inner peace created by sailing is something very special. The feeling of being one with nature, whether alone or with friends, reaches a peak on the sea which nothing can compare to.
There are many places with plenty of sun, fresh winds, and sparkling waters, but what happens after the anchor is dropped in a desolated bay along the Aegean coast is magical. The warmness of locals and the spectacular historical sites...
all this makes sailing around Turkey and the Aegean sea an experience never to be forgotten. The area has an ideal climate, inviting waters and the unique beauty of each bay, the coast line and the many unique treasures you'll find along the way, makes this paradise cruise a journey not to be missed: the Turquoise coast.

He who becomes the slave of habit,
who follows the same routes every day,
who never changes pace,
who does not risk and change the color of his clothes,
who does not speak and does not experience,
dies slowly.

He or she who shuns passion,
who prefers black on white,
dotting ones "it's" rather than a bundle of emotions, the kind that make your eyes glimmer,
that turn a yawn into a smile,
that make the heart pound in the face of mistakes and feelings,
dies slowly.

He or she who does not turn things topsy-turvy,
who is unhappy at work,
who does not risk certainty for uncertainty,
to thus follow a dream,
those who do not forego sound advice at least once in their lives,
die slowly.

He who slowly destroys his own self-esteem,
who does not allow himself to be helped,
who spends days on end complaining about his own bad luck, about the rain that never stops,
dies slowly.

Let's try and avoid death in small doses,
reminding oneself that being alive requires an effort far greater than the simple fact of breathing.

Only a burning patience will lead
to the attainment of a splendid happiness.